The Latin American Office of Contemporary Art and Political Subversion (OLAC SP) is a fictional space created to explore ways of thinking about Latin-American reality through contemporary art and its possible subversive politics in a time of emergency and conflict in the region (Main topics of research: Natural resources inadequate exploitation, segregation and modern slavery of Indigenous populations, political persecution and hard extreme political regimes, gender inequality, extreme poverty, corporate neo-colonization, amongst others).

OLAC SP It’s a curatorial practice that investigates and triggers alternative forms of institutionality, that puts light in the unknown and uninformed by the mass media outlets. It gives a voice to the silenced, and it proposes an alternative approach to problematics linking historical times and geopolitics. The OLAC SP uses structures, procedures, alliances, and institutional terminologies, still, at the same time proceeds under a logic of an autonomous project, which allows its constant change and permeability.

The OLAC SP space is symbolically composed of the different sites around the world that it uses to develop activities and exhibits, associated spaces change over time. These locations are chosen in direct relation to their activities.

Why do we say this is a fictitious office that builds fictional, subversive, and alternative narratives? Here the concept of “fiction” becomes key:

Dissection of fiction in terms of empirical truth value, semantic potency y, fulfillment of religious, moral, social or any other biological requirements will always fail to attain the desired result. Even analyses of fiction in its etymological derivatives also fail. What seems more effective is, to some extent, the Johnsonian view of fiction as an antonym of (or contra) fact: a result of man’s dissatisfaction with the facts of the phenomenal (actual) world. For a creative man the actual (natural) world is not the authority of existence, nor is man’s logical view of this existence the only/final criterion of truth. Of course, fiction is sometimes used in its etymological sense of feigning, pretending, make-believing, deceiving, or even distorting, but that sense is only secondary. Its primary meaning is re-making (not making), re-shaping (not shaping), re-/trans-forming (not forming) the facts presented to him by nature. Fiction is man’s own “perception”, “understanding” and “interpretation” of the facts, completion of the facts that he visualizes as incomplete, and, even, the endowment of truth to the facts that he considers were misrepresented there by nature. Art is essentially a fiction in this sense, inclusive, perhaps, of all the definitions of art provided so far. (Ananta Ch. Sukla (ed.), Fiction and Art: Explorations in Contemporary Theory, Bloomsbury, 2015, (p. 389))

The interest of the office is to use the tools offered by artistic practices that develop poetic, political, or conceptual dialogues to allow other forms of seeing the Latin-American world to emerge.

The development of the OLAC SP is built through investigative practices that are conceived as a heterogeneous group involving the academic, the historical, the curatorial, the educational, the creative, the community, and the affected, and that allows the articulation of the different areas of the office.

The OLAC SP has an archive that is under permanent construction, its order is momentary, and its goal is to disintegrate readings to be a source of new knowledge production. We also have a work-in-progress library with books and other materials that analyze Latin-American reality and that were recommended by artists, curators, institutions, and other field actors, directly to us.

Our languages for the project are Spanish, Portuguese, Quechua, ​Guaraní, Aimara, Náhuatl. English, French, and Bokmål are used also as a linking and locally main languages. 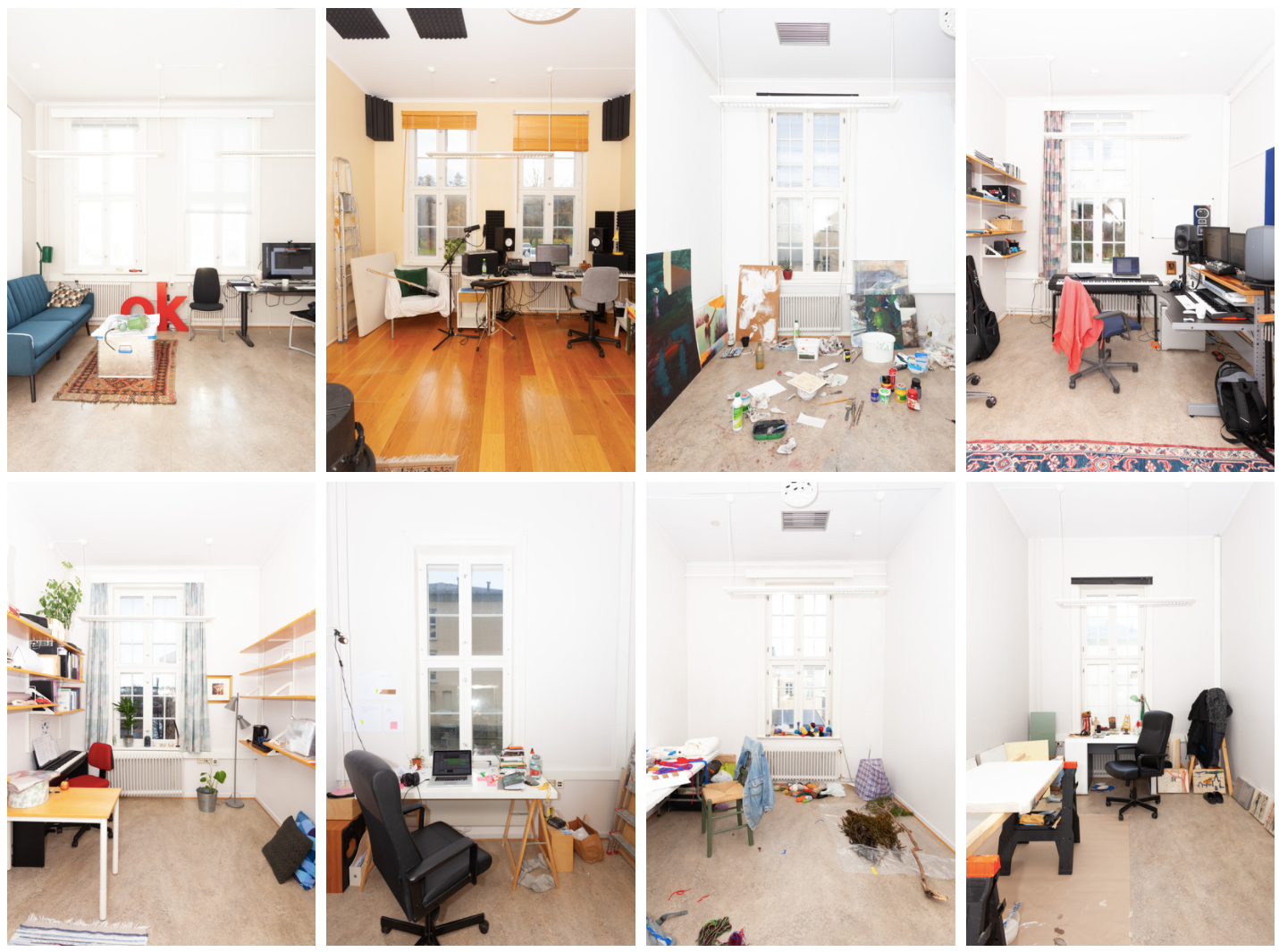