Letters to Sebastian | Cartas a Sebastián

Letters to Sebastian is a project based and developed from a set of photographs and letters, in the awakening of time passing and, in the eagerness, to save and preserve memories and moments while these happened and left. Therefore, these photos and letters are the basis of the the whole body of work. Letters to Sebastian has its origin in the exact moment of loss and absence, when the moment in which realization that there are no more memories to create further, but only holding on and remember over and over the ones that already were created and existed, arises.

For the artist, memory can be understood as a mental state that involves the awareness of temporal becoming. When we remember we recreate here and now the outstanding characteristics of an event or experience, maybe past information: it is a characterization of events and not a duplication of events. The past is represented in the current present, and in this process is giving both – past and present – a new significance. Are hearing, seeing, writing reading and talking, valid ways of knowing and making known, and in turn, fighting a fight against oblivion and death? This intention puts in the work of the future into the past, and forgetfulness allows the re-creation of the past. It is the present and the future that determine the past. It is a transformative process of memory in which intentionality and inner time prevail. The duplicity which characterizes the temporary configuration of the project corresponds to this peculiar behavior of memory. It is not a vacuum of time, but a void of individual memory, filled by the collective re-enactment of memory, which knows no succession but selection and recurrence. After all, the more public and collective the personal – affective memory becomes, closer to the remembrance we will be, and we will have won the battle against oblivion and death.​

In A memory rehearsal: (re) script – (re) stage – (re) enact this idea is tested and the experiment is set. Is Remembering the action of rehearsing memories? Each time we do it, do we re-script, re-stage and re-enact our memories all over again?

This exhibition project is part of the artist’s masters thesis, taken at Kunstakademiet i Trondheim – NTNU (Norway) between August 2017 and May 2019. 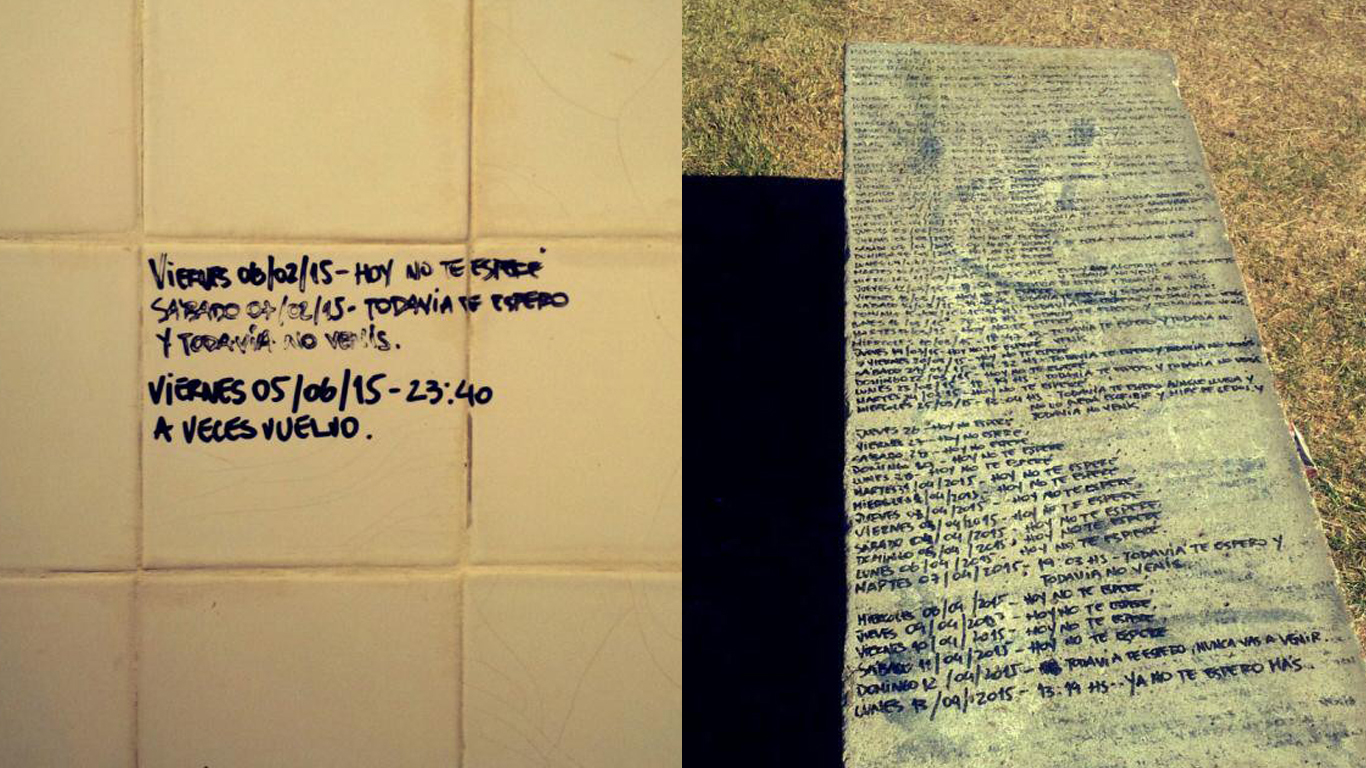 Still I wait for you and still you don’t come (Todavía te espero y todavía no venís)
Performatic action / Site Specific / Urban intervention.
Waiting on a bench and/or other public space one hour per day every day. Register it with a permanent maker: date, time and phrase “Still wait for you and still you don ́t come”.
Variable measures
Montevideo, Uruguay
September, 2014 – June, 2015

Simulacrum I: the time of memory (Simulacro I: El tiempo de la memoria)

Web site / Work in progress
Timers assigned to photos. Timers advance when the photos are not being viewed and regress when they are.
www.etdlm.com
Variable measures
2016 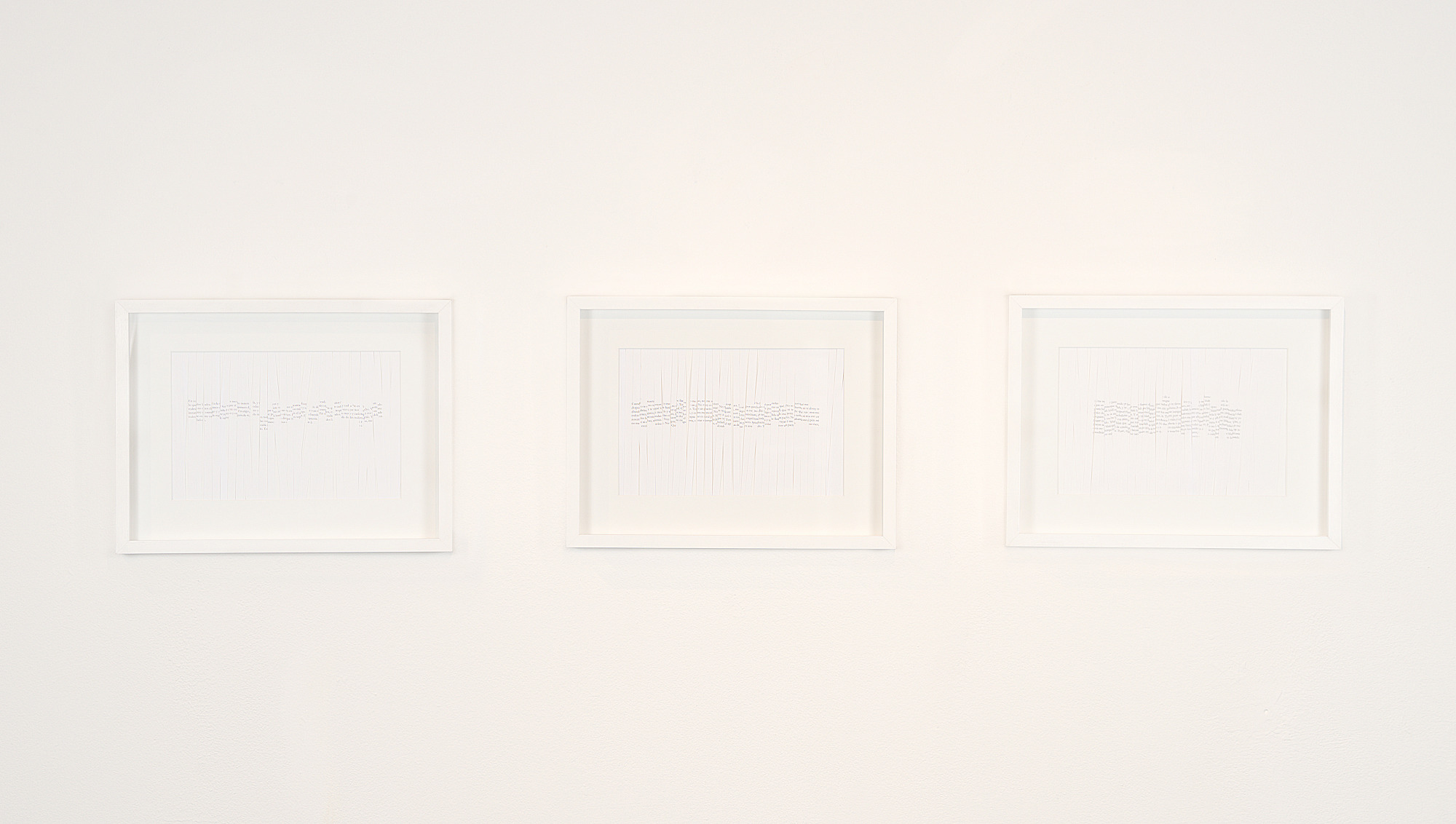 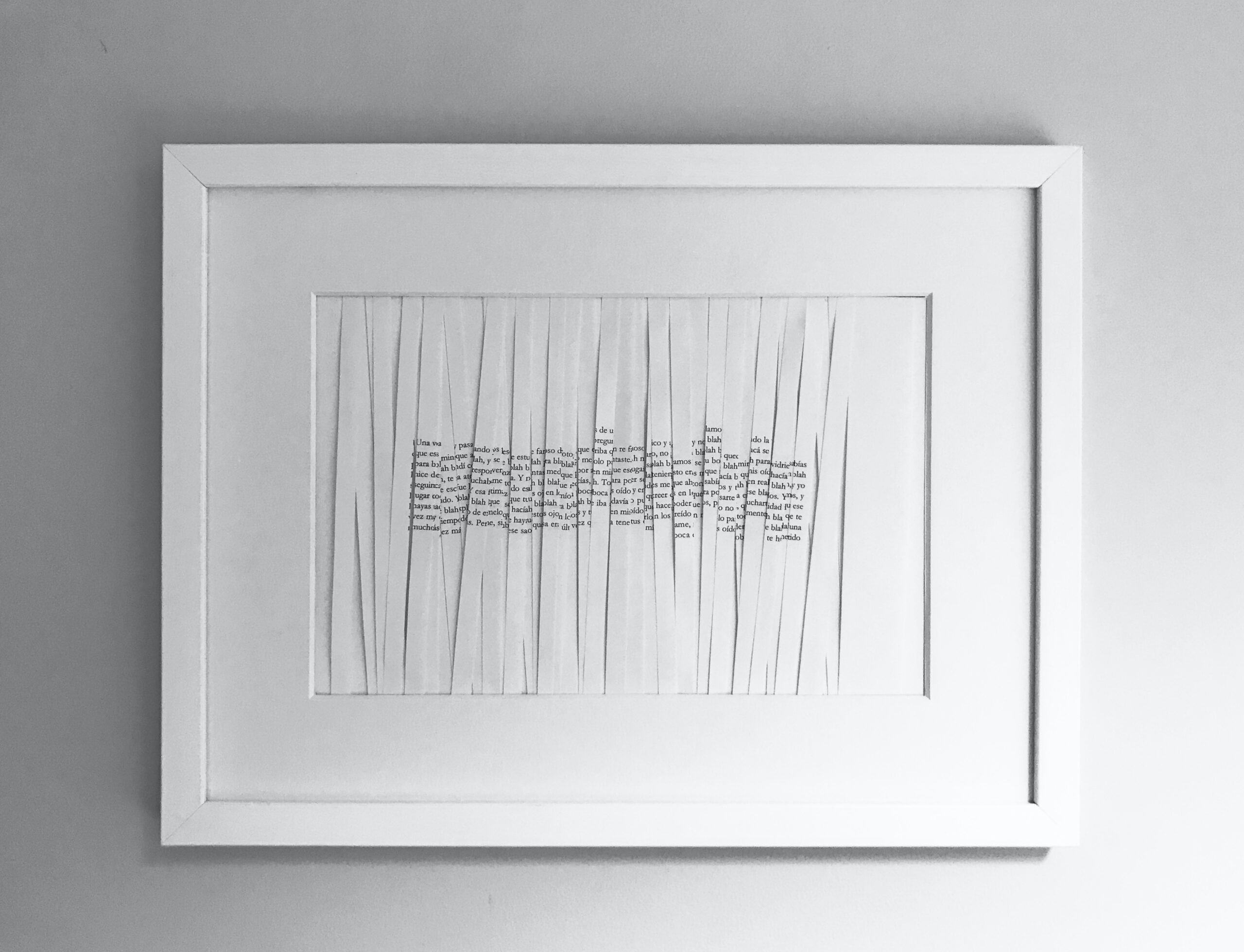 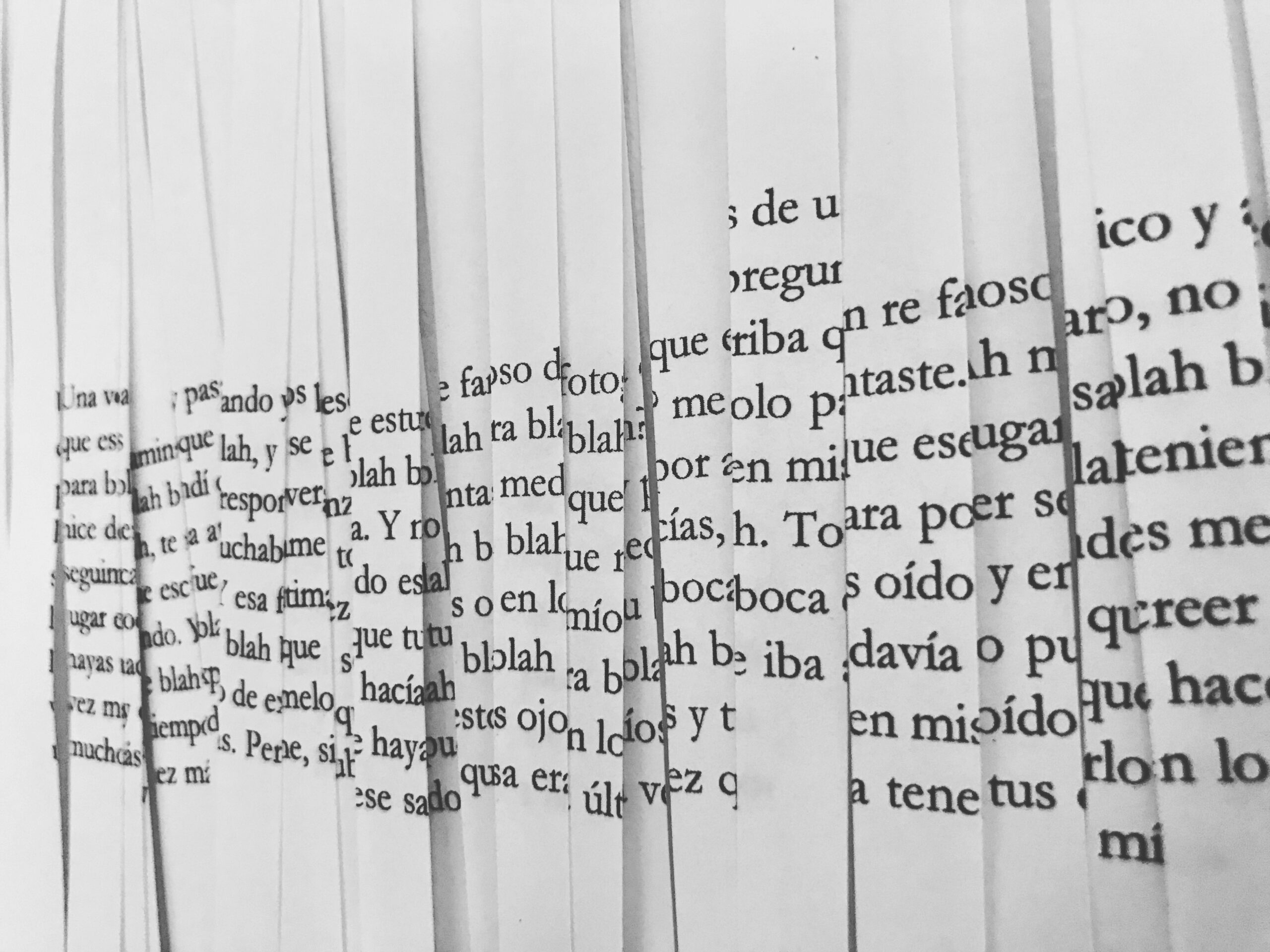 Simulation IV: The layers of memory (Simulacro IV: Las capas de la memoria) Three Triptychs Collages of text cut into forty-one laser-printed text strips each, on Non acid free paper, where the missing strip is the one that corresponds to the title number. 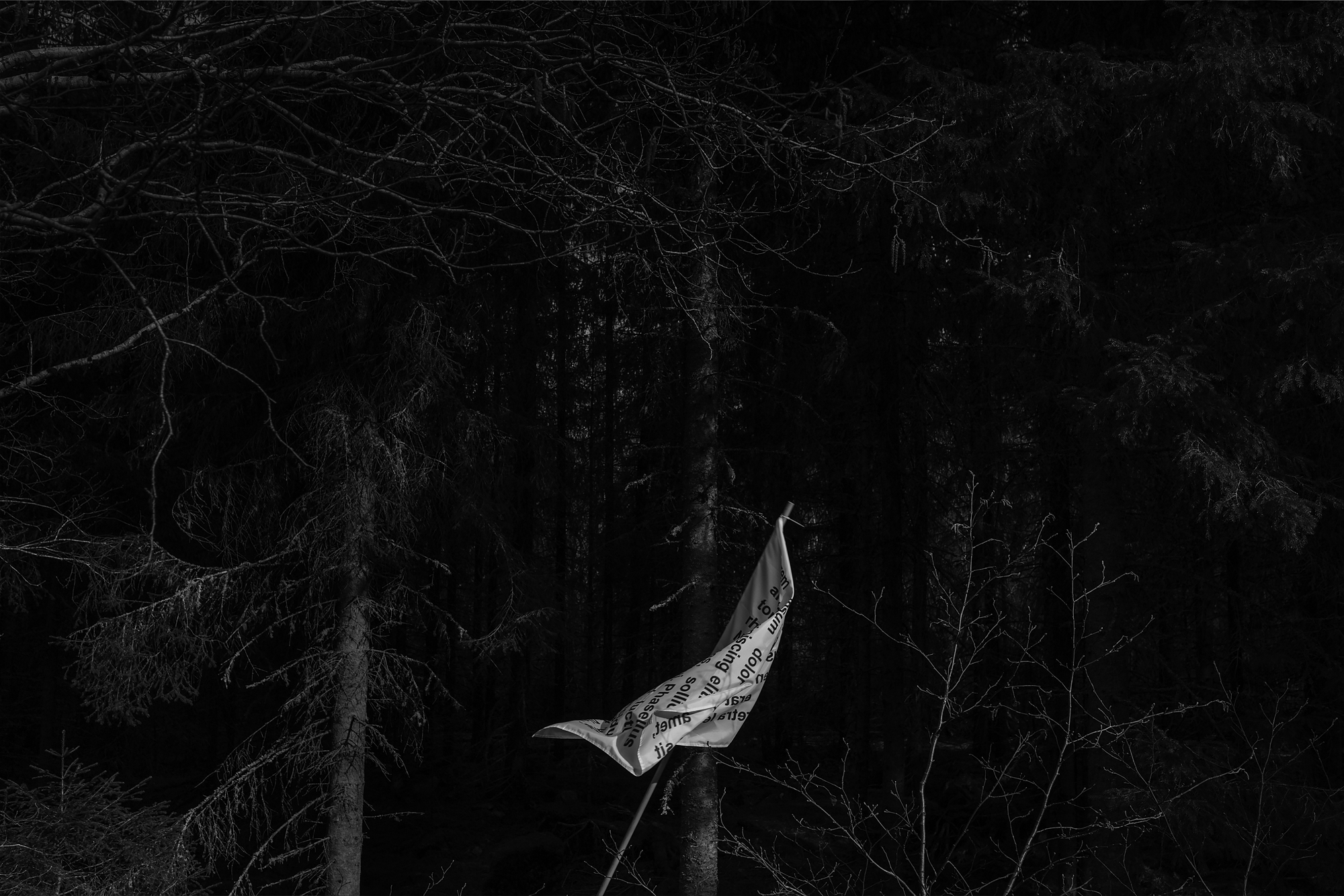 The conquest of you
Installation / site-specific
2019