EMH: An Essay on Motherland History is part of the continuous research that I’ve developed since 2009 until 2015, where different themes are addressed, as well as their different edges. In its first part the thread of that EMH: PART I is the assembly of stations in which the memory of the national history is deconstructed, to later notice that it is what is between-layers. It is seen how the orality, the writing, the document, the experiential, the version, the truth-lie, the passage of time (the declassification), regarding the national history construction, coexist.
In EHM: Part II, the approach to history and truth becomes even more demanding. The historical construction is due to the rigor, the need to be accurate. For if it affects collective memory and inevitably helps to build symbolic identities of peoples, the responsibility to write that collective memory forces the search for truth. And art brings us closer to the facts from the closest perspective to the phenomena that gave rise to them.

Anaclara Talento
EMH: PART I
Go Baby Go, We Are Right Behind You; Go Baby Go, We Are Looking at You
Pages of the book “An Essay on Motherland History” by H. D on fabric.
Acrylic, carbon paper, glue.
200 x 200 cm
2010 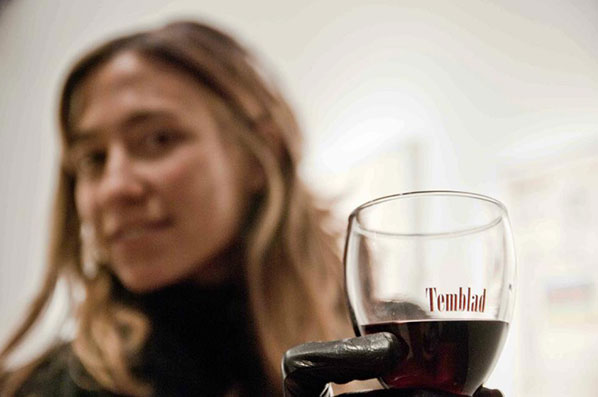 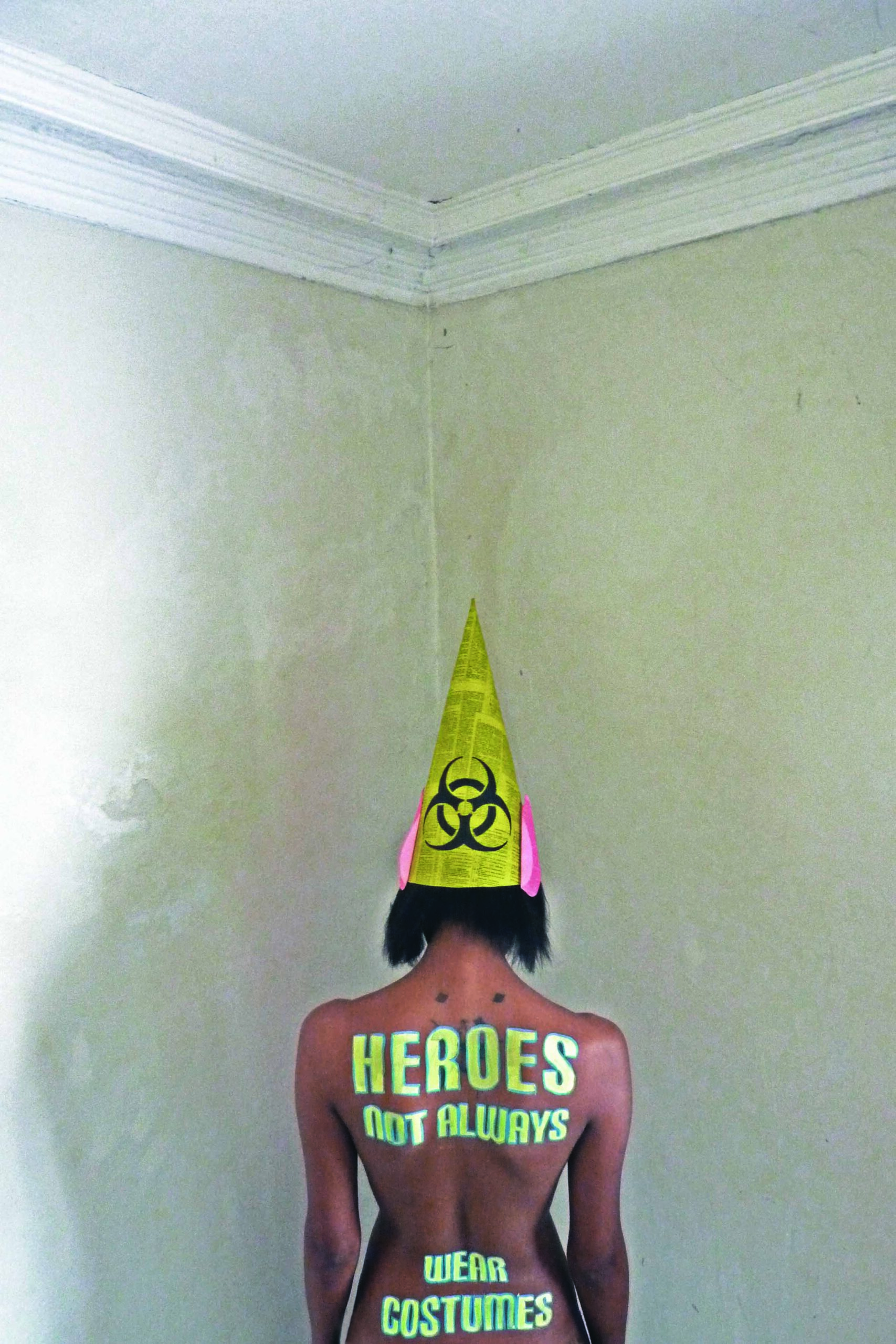 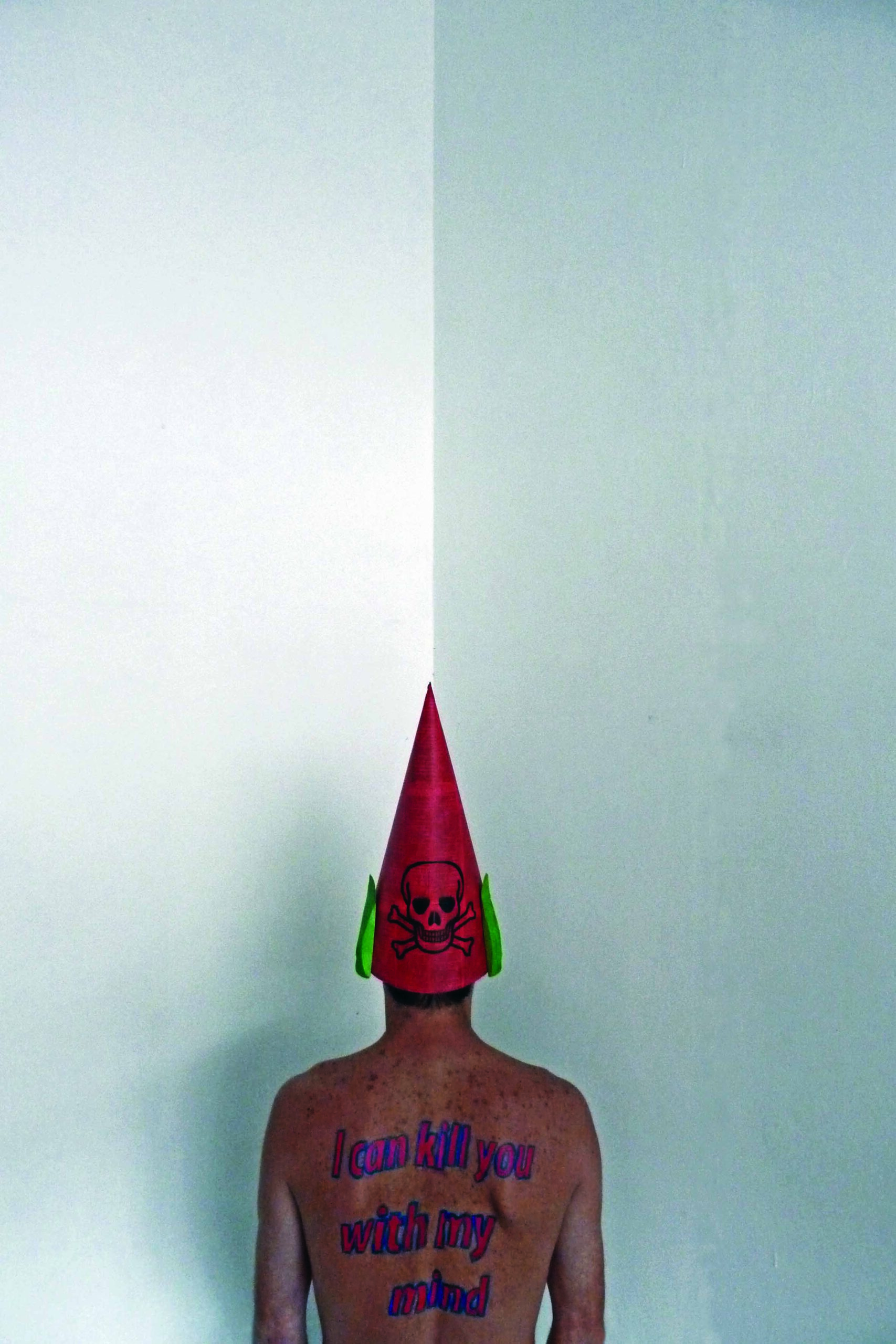 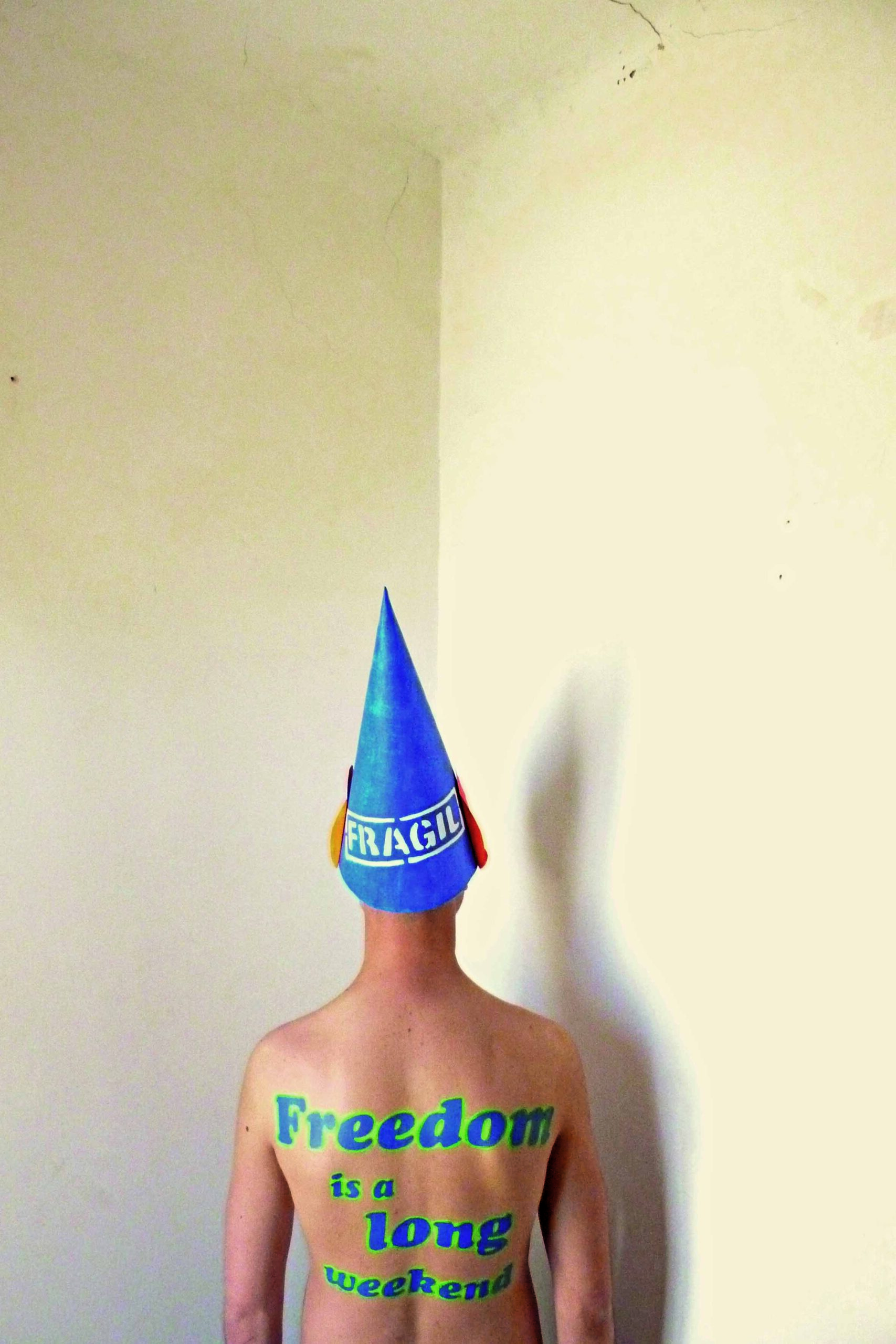 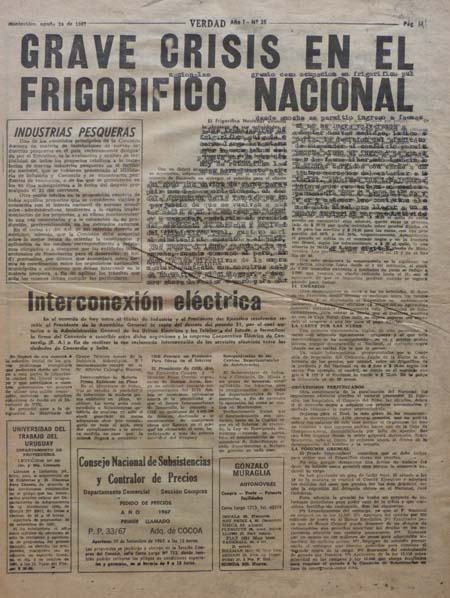 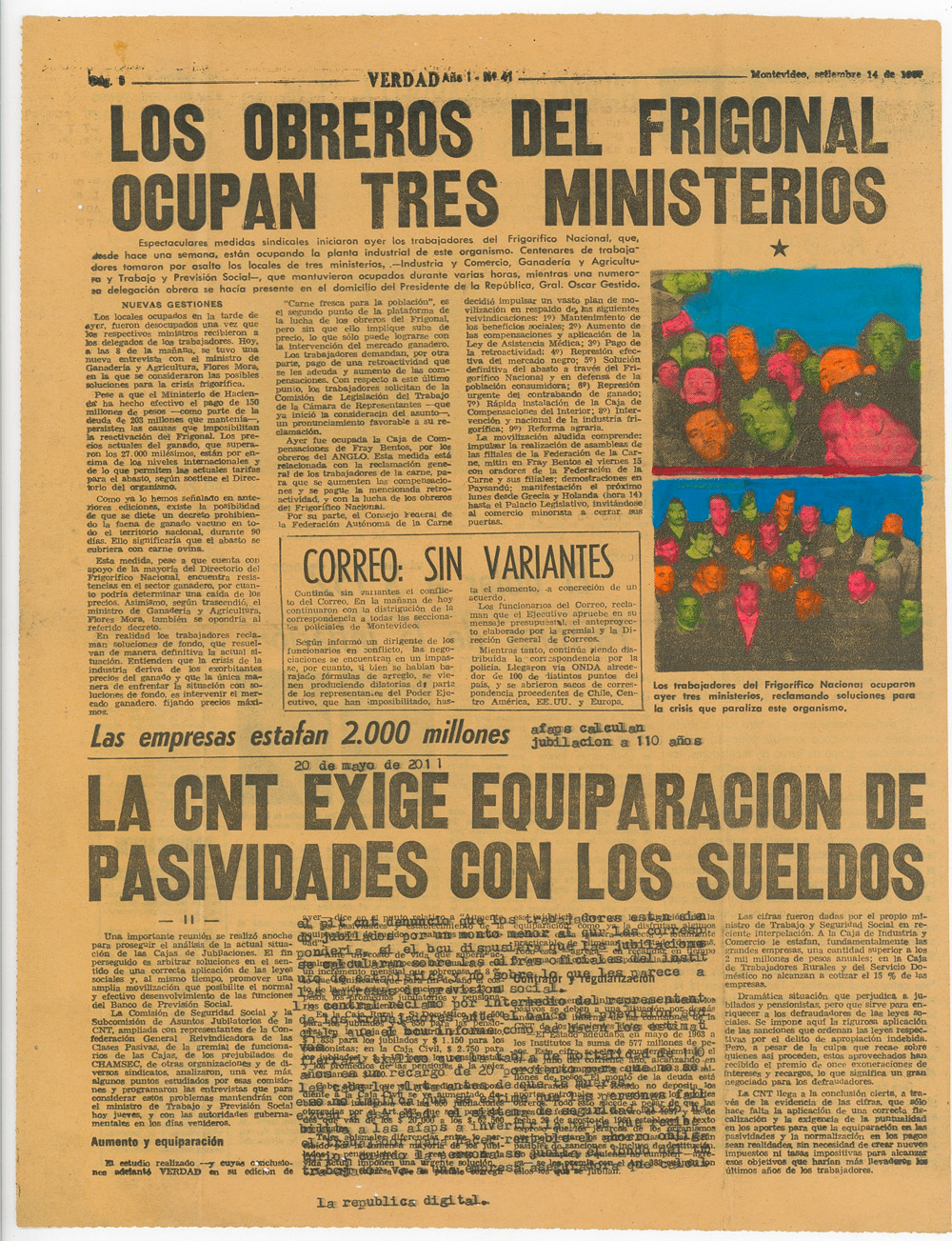 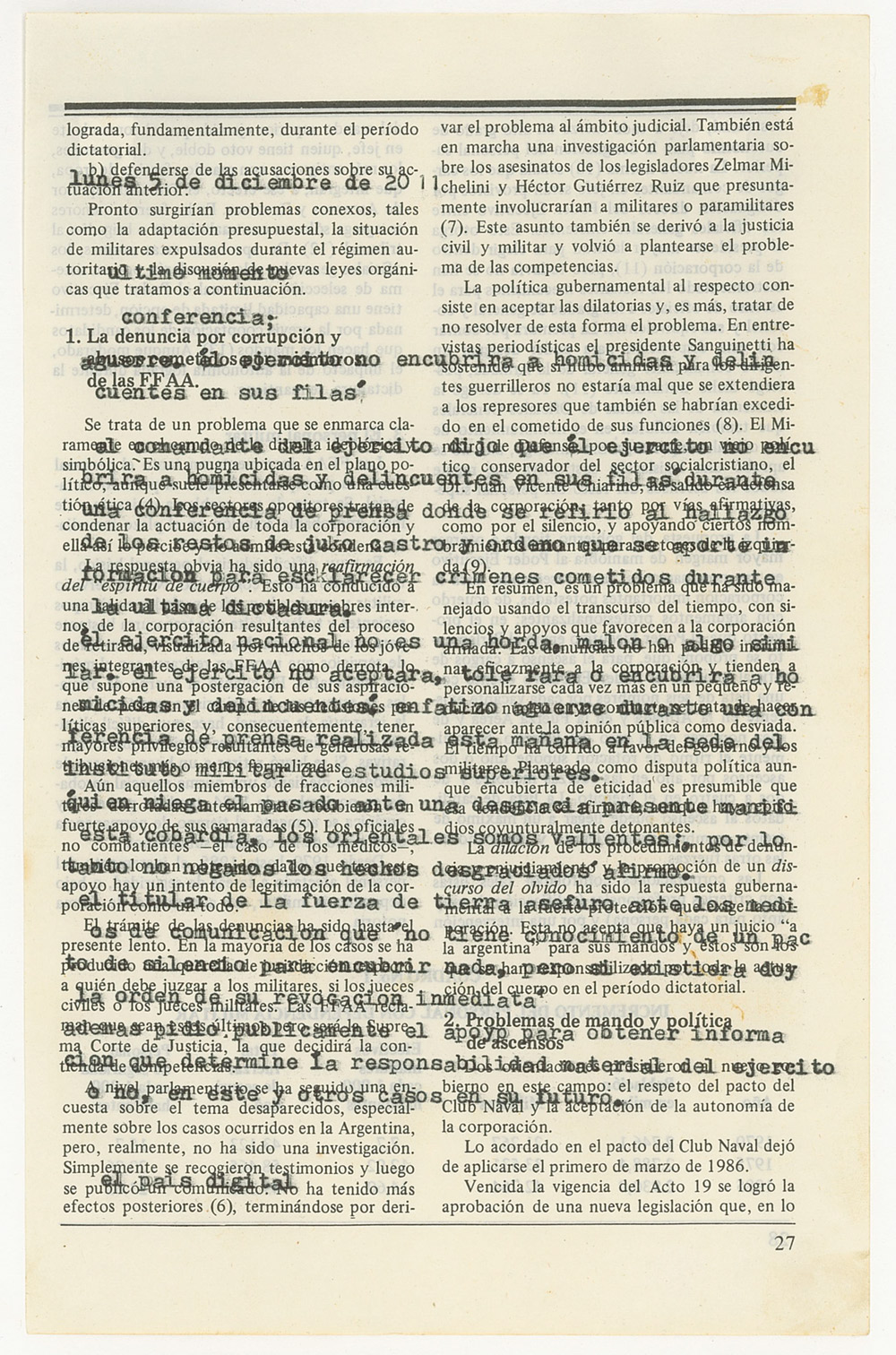 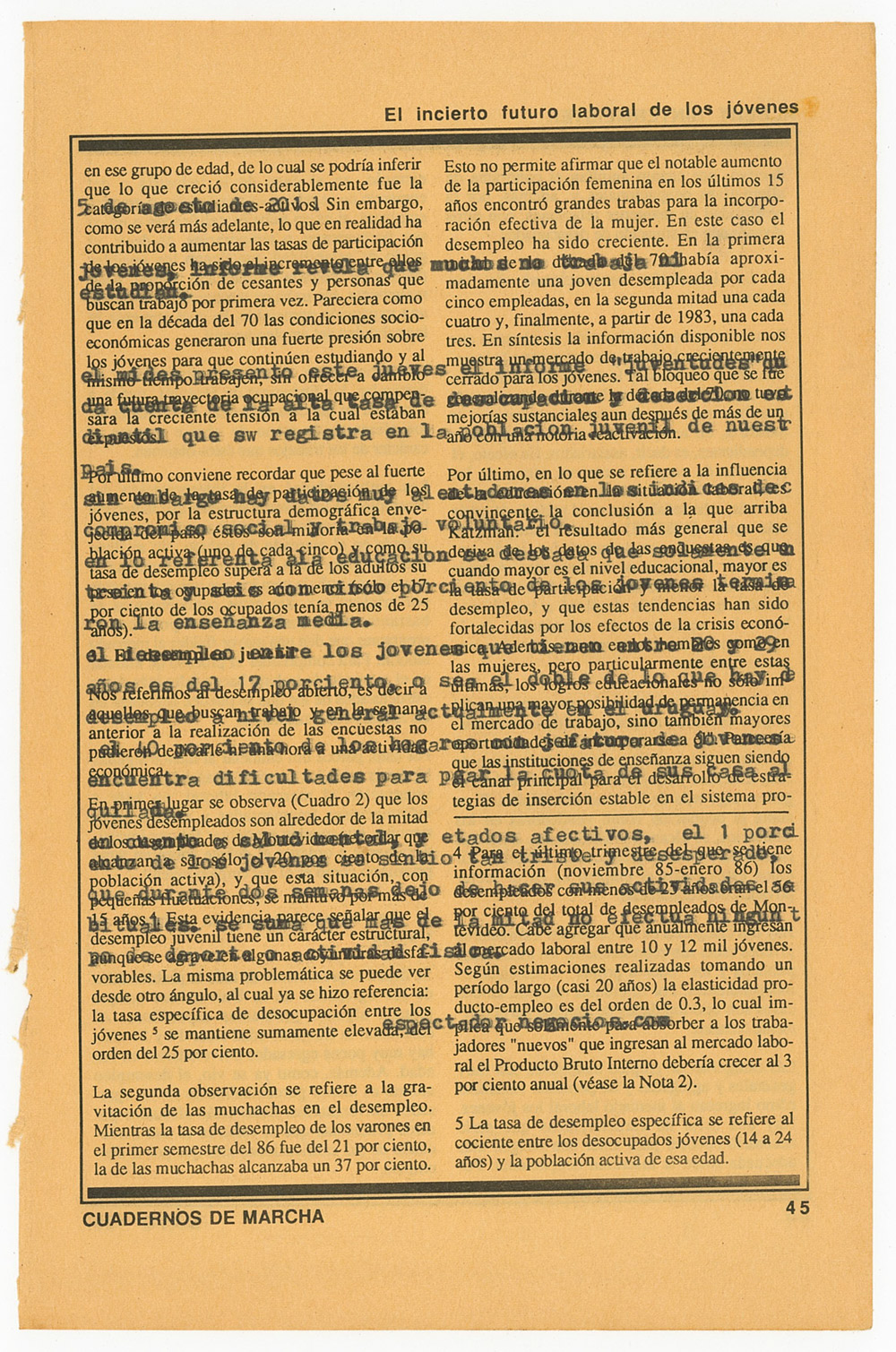 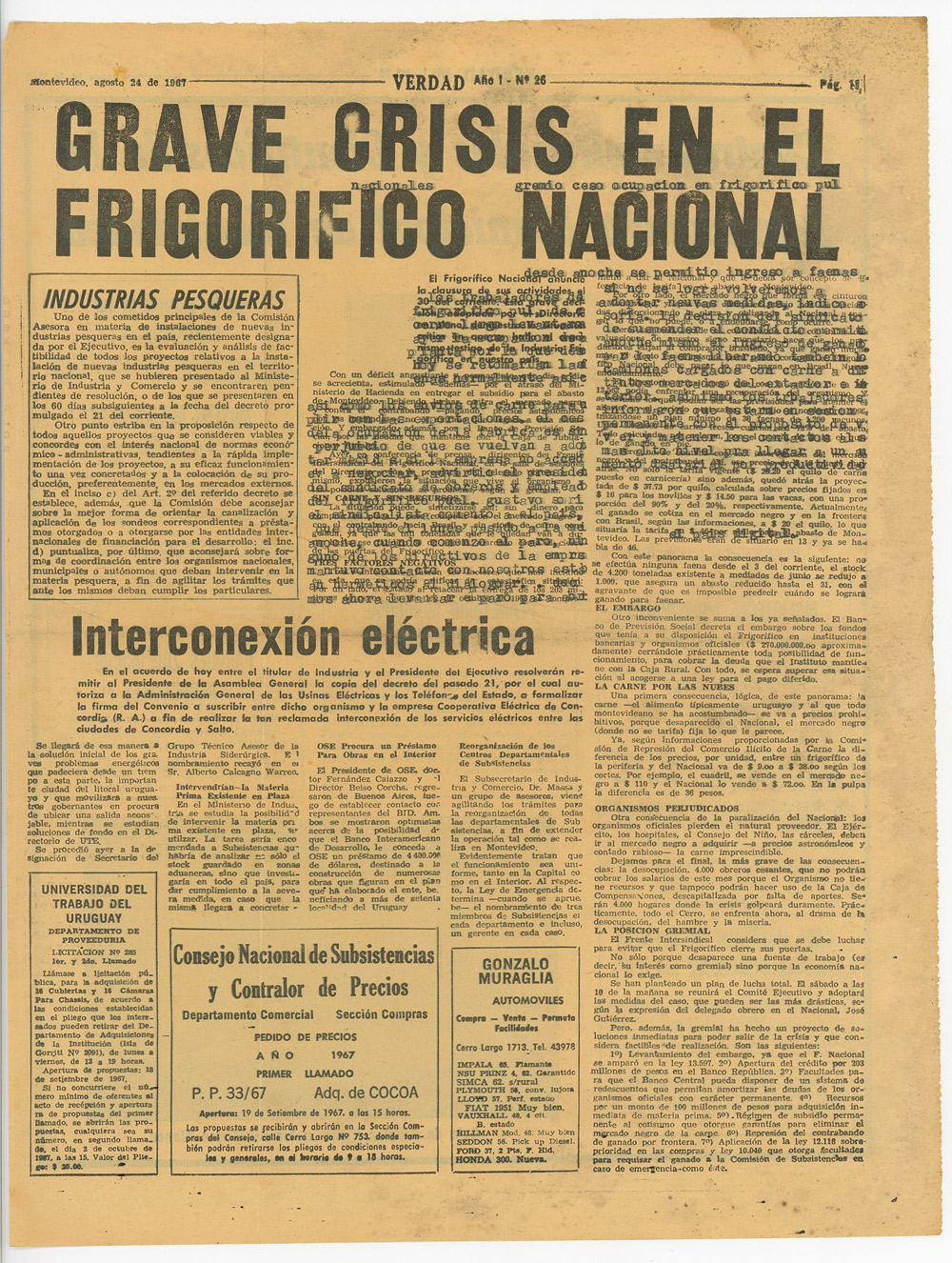 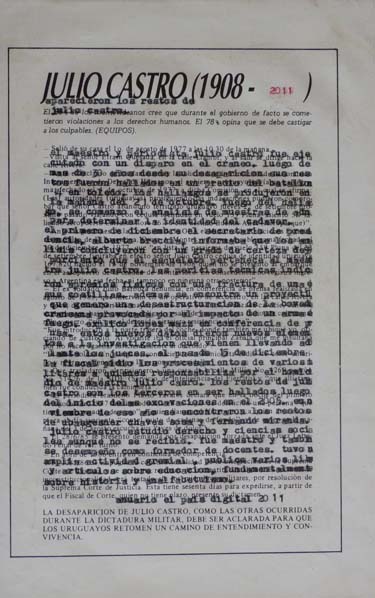 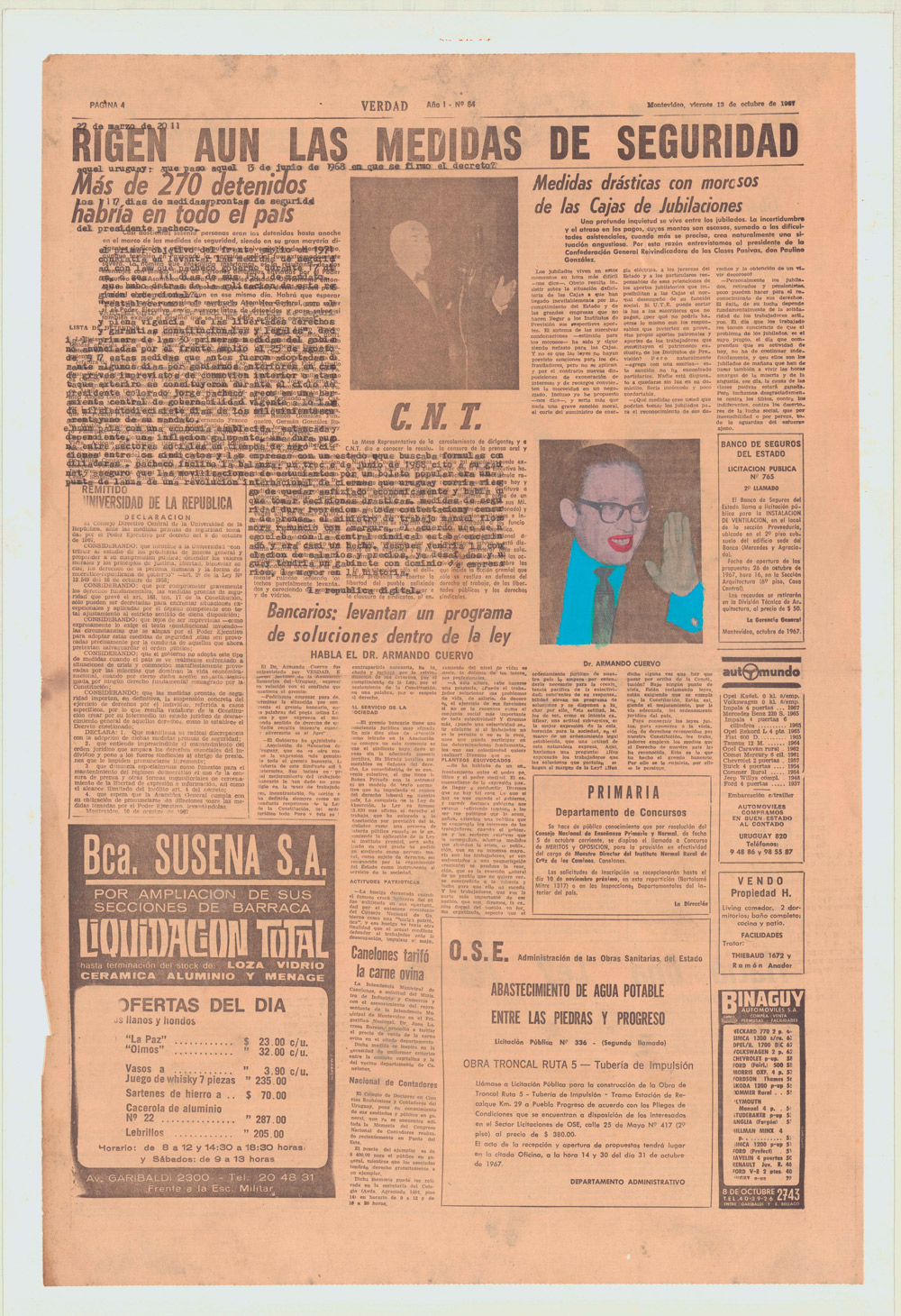 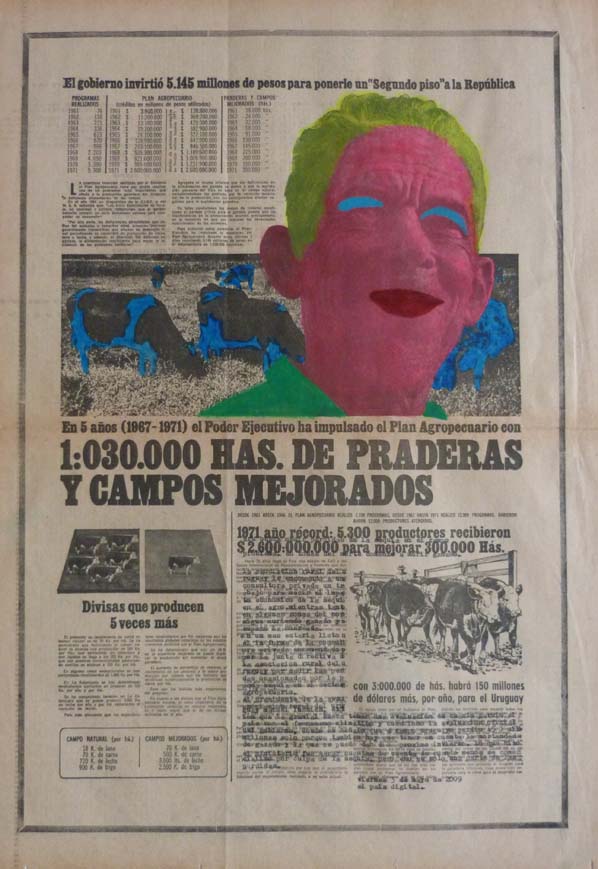 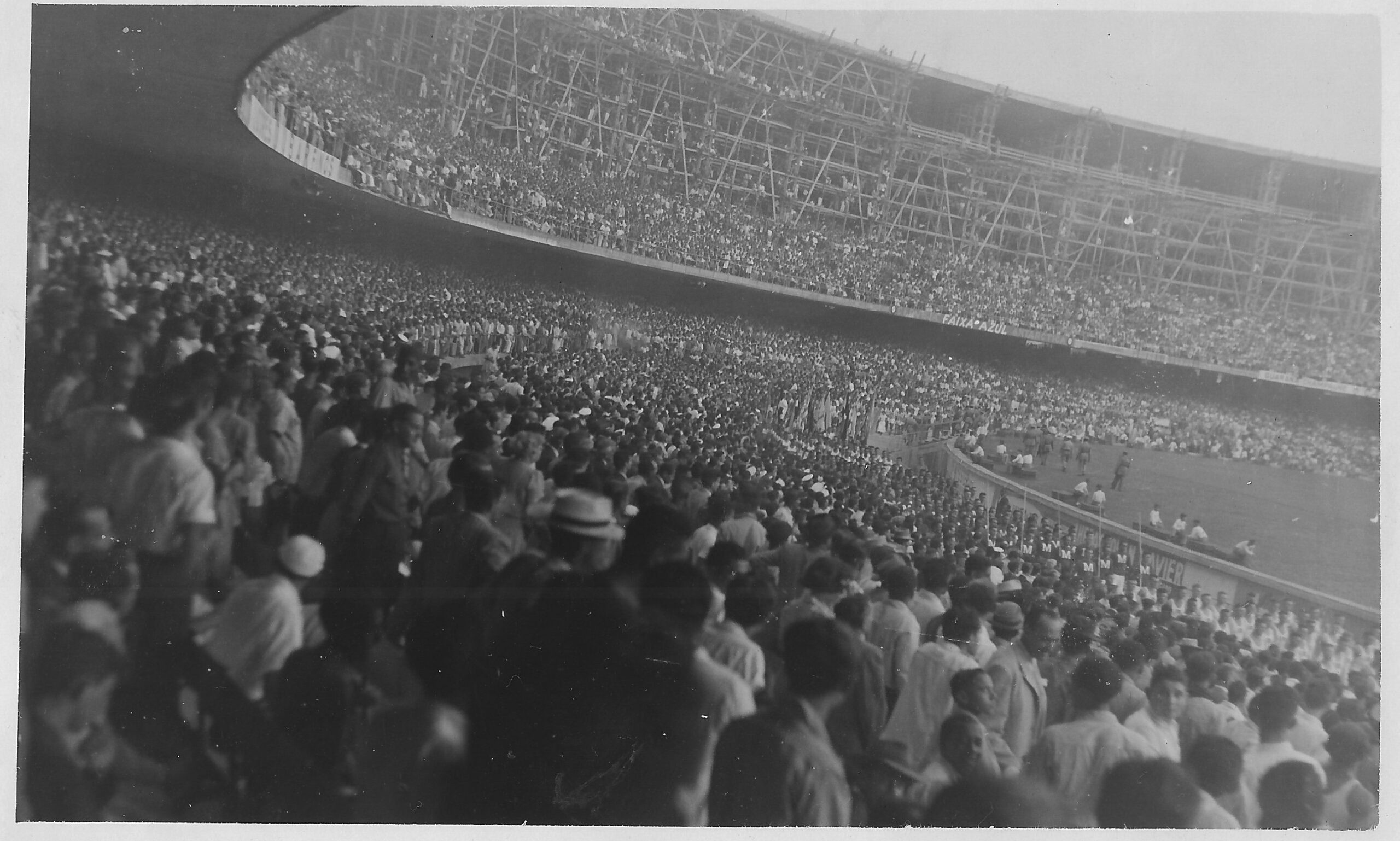